Here's what she has to say about the project:

'I wanted to raise awareness about the rampant garbage problem in Kyrgyzstan, I found that the ugly trash cans in the city can actually serve as a nice canvas to express my concern. I made a series of large photographs of the wide open human mouth and I placed them on the sides of the garbage cans around the city. So they would remind people that what they throw into the world, eventually ends up inside us." 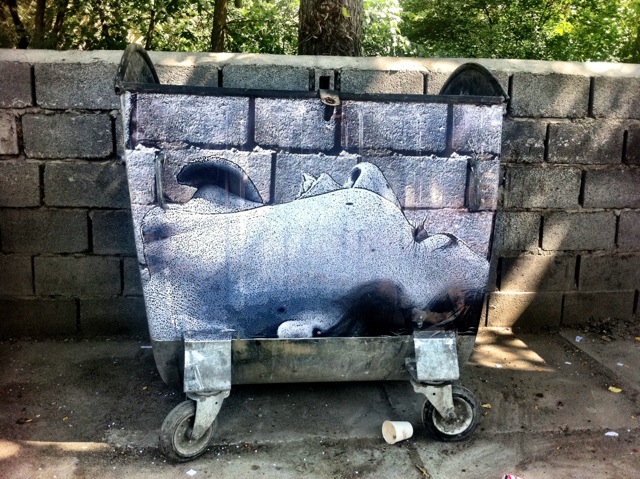 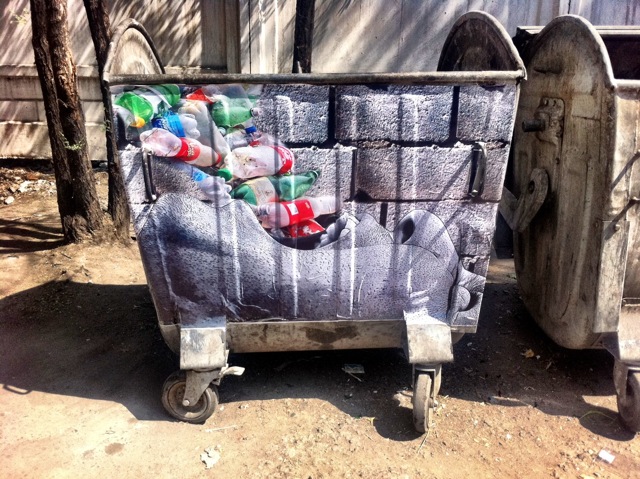